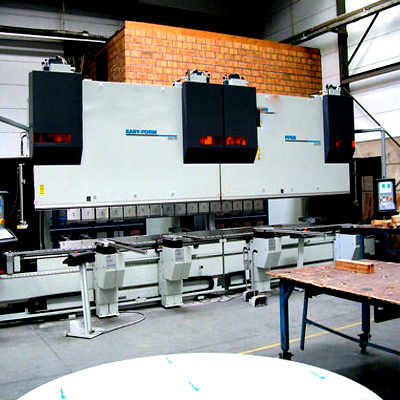 The numerical definition of high voltage varies according to its condition. Two factors are taken into account for classifying a voltage as a "high voltage". Possibility of sparking in the air, electric shock hazard due to proximity or contact. Definitions refer to a two-conductor system or the voltage between any conductor and ground.

In 2011, it was modeled in the US National Electrical Code (NEC) electricity installation regulations. There is no definition of high voltage in these embodiments. NEC® only covers voltages above and below the 600. The National Electricity Producers Association (NEMA) defines high voltage over 100kV - 230kV values. According to British standards BS 7671: 2008, it defines voltage difference between 1000V in alternating current between two conductors, above 1500V if it is non-wave direct current, or 600V if it is alternating current between earth and conductor and 900V when it is not wavelength.

Electricians may only obtain licenses for certain voltage classes within certain authorization limits.

The current generated by voltages above about 50 volts is often dangerous to the body of a person holding both ends of a circuit, so safety standards often need to be more restrictive for such circuits. The definition of very high voltage (EHV) depends on its content as in high voltage. In electrical power communication engineering, EHV materials carry 345,000 V (Volts) between conductors. In electronic systems, the power supply that provides energy over 275,000 volts is called EHV Power Supply and is frequently used in physics experiments.

LVD Regulation; This standard covers electrical equipment designed for use at rated voltages between 50 volts and 1000 volts for alternating current and between 75 volts and 1500 volts for direct current.

A special electrical method used on aircraft, ships or railways in accordance with the safety regulations issued by the international organizations in which the member states of the European Community participate.

WHAT IS LVD TESTS NECESSARY FOR?

The Low Voltage Directive (LVD) adopted in 1973 was an important step towards this goal. After the 1990, the CE Mark is a condition for free movement within the EU (European Union) market.

WHAT TESTS ARE MADE WITHIN THE SCOPE OF LVD?

High voltage test; It is intended to test the strength of the insulating material which prevents contact of the accessible metal parts normally under tension on the machine with the operator.

Residual current relays prevent the occurrence of electrical current damage. The testing of these critical devices is carried out periodically, checking of trip currents and times.

Purpose of the test; to prevent the currents and voltages that may occur in case of an error to endanger human life.